We arrived in Grenfell late Friday afternoon. After booking into the Albion Hotel, we had a bit of a wander around the town, and then joined the President of Grenfell Rotary, Erica Kearnes, for a relaxing dinner. Erica outlined plans for the next 2 days, which turned out to be very busy, but enjoyable. 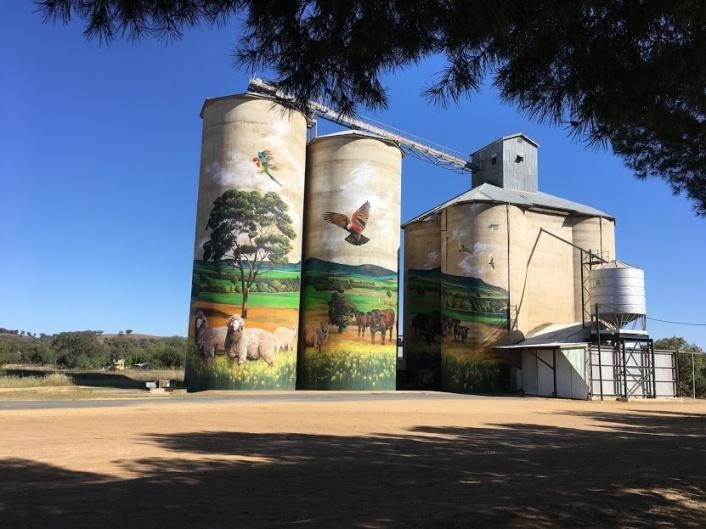 Up reasonably bright and early the next day, for a meander around town to find breakfast. We made a point of eating somewhere different every meal. Some went for a quick dash to Cowra markets; a real rural market, more animals than sideshows. Met some Rotarians from the Cowra Club, yes you guessed it, BBQing sausages. Then back to Grenfell for a “Radio Plays” put on by the Grenfell Dramatic Society. “Flash Gordon” and “Easy Aces – Jane Goes to the Psychiatrist” both very enjoyable. Then, across to the Christmas shop which had opened especially for us. 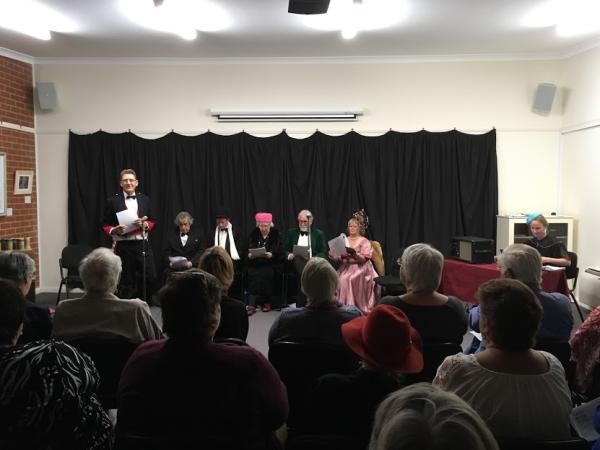 From there we went to the Presidents garage where we handed over the clothes and tools that we bought with us. The clothing and tools were very much appreciated. They would help many people in the area particularly the tools as many of the young people trying to get apprenticeships have difficulty in getting together a basic tool kit. The tools, ($5,000 worth), were donated by the spouse of one of our members. He is now starting to put together some more apprentice tool kits. Looks like another country trip soon. After a bit of a break to smarten ourselves up, we went to dinner hosted by the Rotary Club of Grenfell. Had an interesting chat with the President of Young Rotary, John Payne, about a driving simulator purchase by his club to help prepare young people to be safer drivers. Might be something we could consider to compliment ‘U-Turn the Wheel’

Sunday saw us off to Ariah Park street market, a very smart little town. There we met the President of Temora Rotary Nigel Judd, and fellow Temora Rotarians selling Christmas hamper tickets. He invited us to visit his town when we next consider crossing the mountains. We left Ariah Park and travelled on to the Temora War Planes Museum. From the museum, we went into Temora for a late lunch, then back to Grenfell for a relaxed evening and a Chinese meal with Grenfell Rotarians. Monday we all head home. 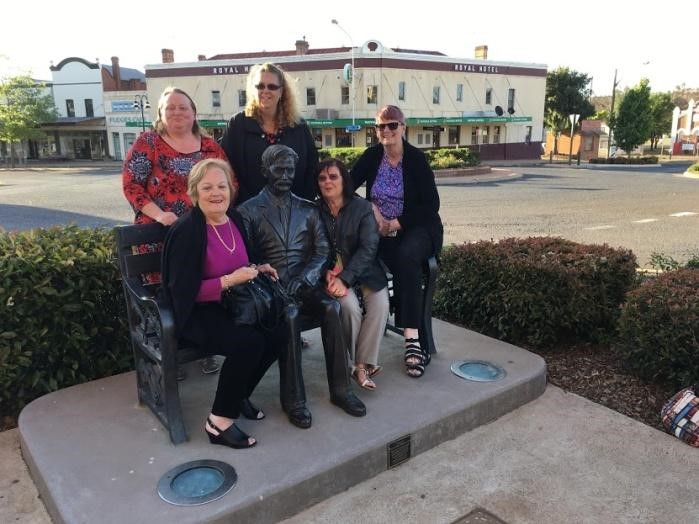 We all learnt how tough life has been for country people. Seeing how the country changed the further west, we went. The President of Young Rotary, John Payne, said that farmers were now either ploughing the crop they had hoped for back into ground or trying to salvage some for fodder. We noticed, just as the green grass got rarer so did animals, and those that we did see seemed to be picking through dirt to find something to eat.

We are looking forward to another trip west and reviewing what else we can do to help.